It is because of the antiquity and the resulting mystery surrounding our origins that Freemasonry has developed into such a unique, complicated and mysterious organisation. Many myths surrounding the fraternity have evolved from the reluctance of members to explain the ancient systems of moral education to those they feel would be inclined to ridicule them. In some instances, it was also due to a misguided impression that some people were simply not of sufficient intellectual or moral character to understand or appreciate the aims and objectives.

In order to avoid conflict or embarrassment to either party, the Freemasons of yesteryear felt it better to say nothing. The ceremonies themselves are not strictly secret but they are of such a special significance to every Freemason that they are kept private. Every Freemason remembers with great affection the uniqueness of his initiation ceremony and wants every new candidate to experience the same joy of discovery and sense of privilege. 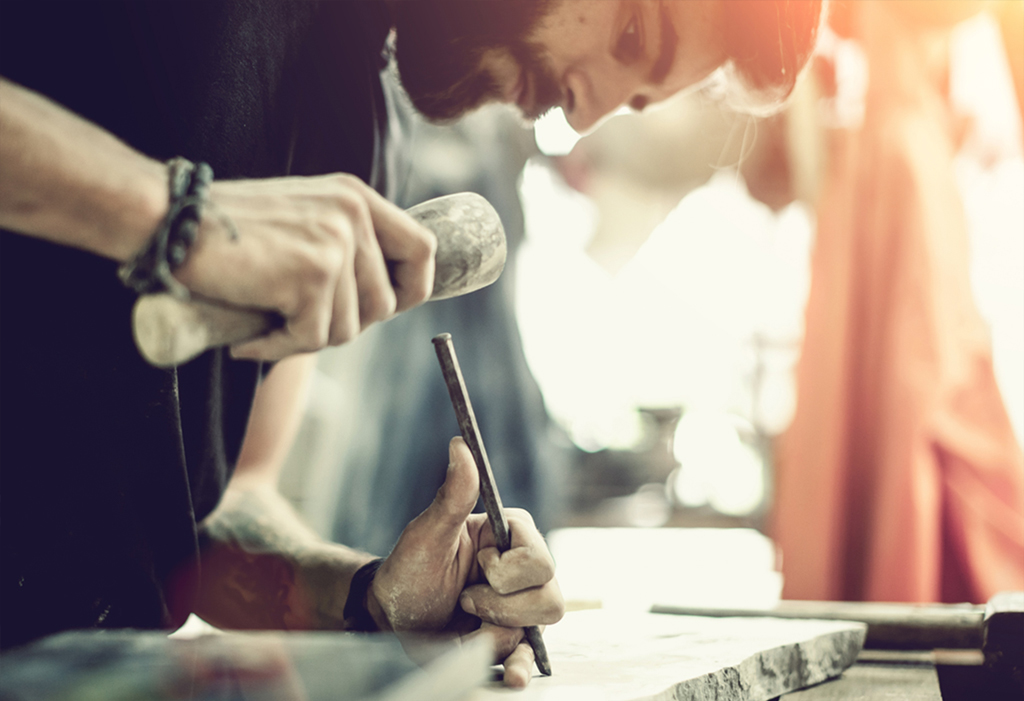 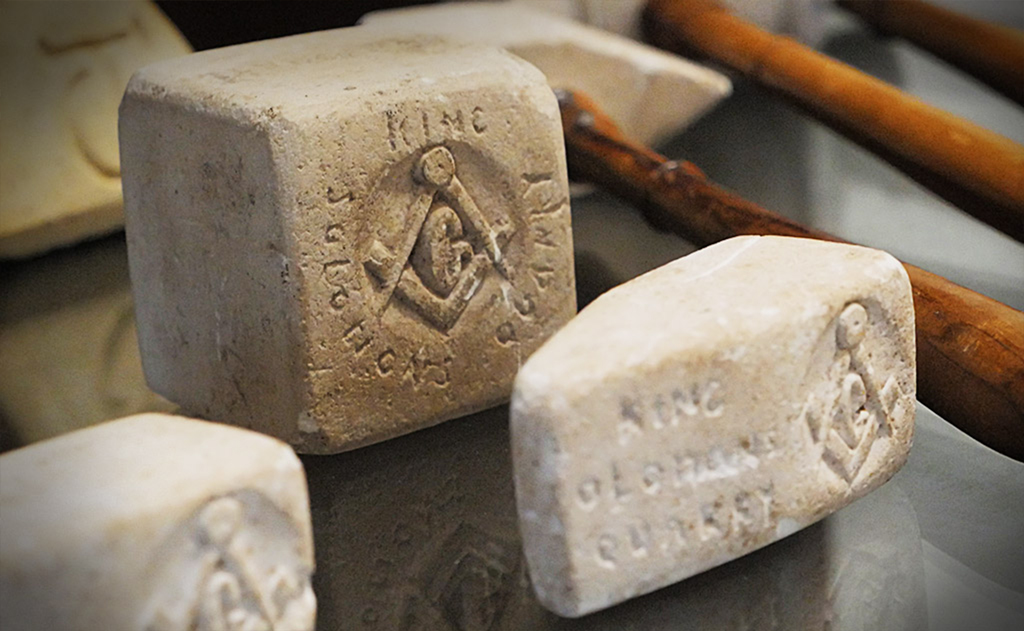 The exact origins or beginnings of Freemasonry are impenetrably shrouded in the mists of time. Its history extends back into the past to a time when literacy was confined to the aristocracy and the church. Written records of lodge meetings were extremely rare or in the vast majority of cases totally non existent prior to the formation of the United Grand Lodge of England in 1717.

Within the great international brotherhood of Freemasonry itself, the question of the beginnings is the most widely researched and passionately debated topic among Masonic scholars and almost every other member of the fraternity. Most are of the opinion that Freemasonry evolved from the lodges of operative stonemasons that spent their lives building the great cathedrals and castles of Europe in the Middle Ages.

Literacy was almost non-existent and so the jealously guarded secrets of the mason’s trade were passed to worthy apprentices verbally. In addition to imparting the skills and trade secrets to the apprentice, the master stonemason was also responsible for the moral development of his charges. To demonstrate these moral lessons the stone mason used the most precious possessions he owned; the tools of his trade. Each of the tools of the masons trade is ascribed a special moral significance.

The square represents morality, the level equality, the plumb rule uprightness. The same lessons of morality using the same operative stonemason’s tools are still used to this day in Masonic ceremony. One of the alternative theories that is gaining in popularity is that the origins of Freemasonry began with the Knights Templar. 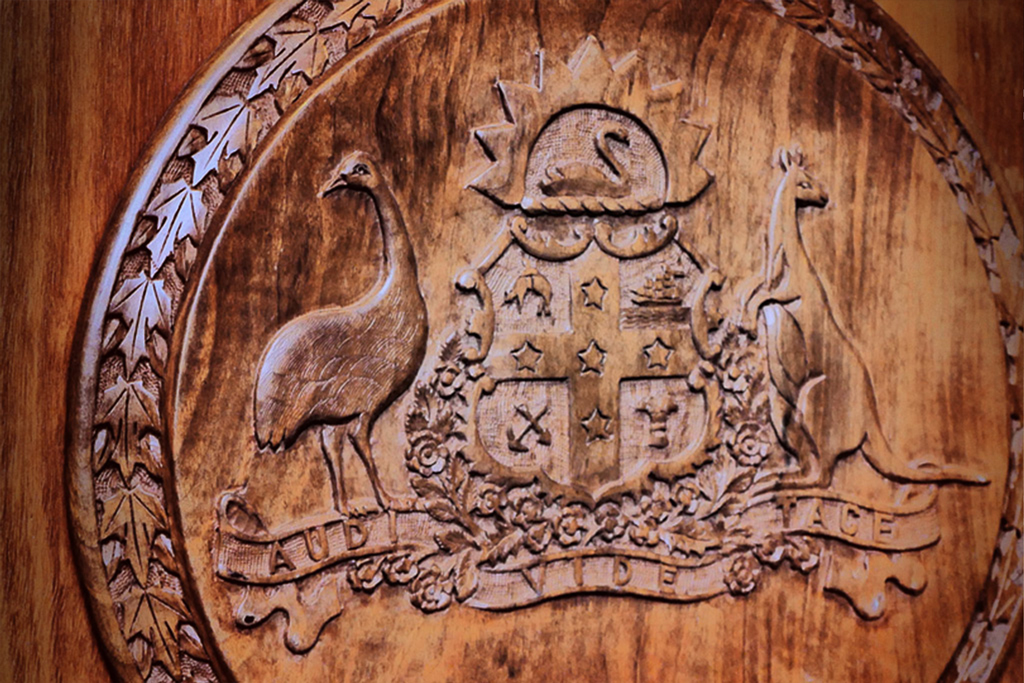 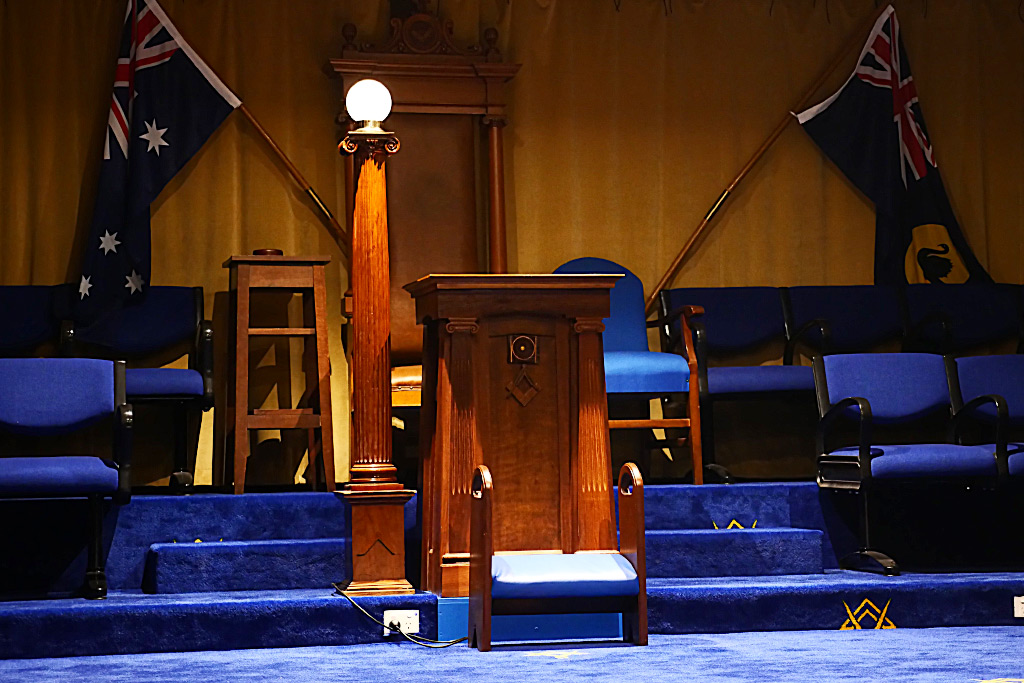 In modern times the requirements for being a Freemason centre on having good morals and values, a desire to support the community and a drive for self development. In meeting these requirements Freemasonry accepts men of all faiths, religions, races, nationalities and from every walk of life. Being a good man is the crux of the organisations teachings and many Freemasons around the world including Western Australia have adopted the slogan “making good men better”.

Historically Freemasons were seen as a threat to various religions and religious groups due to a lack of accurate information. In an attempt to show that Freemasonry was not a threat the fraternity required all prospective members to have a belief in a ‘supreme being’, demonstrating clearly that Freemasons were not atheists, in a time when religions held extremely significant political and physical power. Freemasons are in fact discouraged and taught not to speak of two divisive topics, religion and politics at their meetings. Desiring harmony and inclusiveness Freemasons meet as equals regardless of any external factors.

A Freemasons’ lodge meeting can be roughly divided into three parts; business, ceremonial and festive.

The business component is much the same as any club or association, the minutes of the previous meeting are passed, the Secretary reads the correspondence, the Treasurer gives his report and general business is conducted.

The ceremonial component is generally the working of one of the three Masonic degrees, which represent the three levels each member works his way through. These are commonly referred to as the first, second and third degrees or the Entered Apprentice, Fellow Craft and Master Mason’s degree.

Each of these ceremonies is like a play with the candidate for the degree taking centre stage. A number of the lodge members have walk on speaking parts and the Master of the lodge has the lead role. Each of the speaking parts is a lesson on morality, good conduct both within, and outside the lodge and many utilise the tools of the old operative stonemasons to illustrate the lesson in exactly the same way as they were in ancient times. It’s serious, solemn and as previously alluded to, rooted in antiquity. It is also fascinatingly complex and intricate which is why Freemasons never tire of performing and taking part in these beautiful ceremonies.

The festive component is a meal shared by all the brethren after the ceremonial has been completed. There are lots of toasts, speeches, clapping, singing and music but the whole banquet is conducted with both light heartedness and dignity. Some lodges have a catered five-course dinner while other lodges prefer a lighter style of supper. Some lodges serve alcoholic beverages and some lodges do not.

Take a Tour of a Lodge Room Below