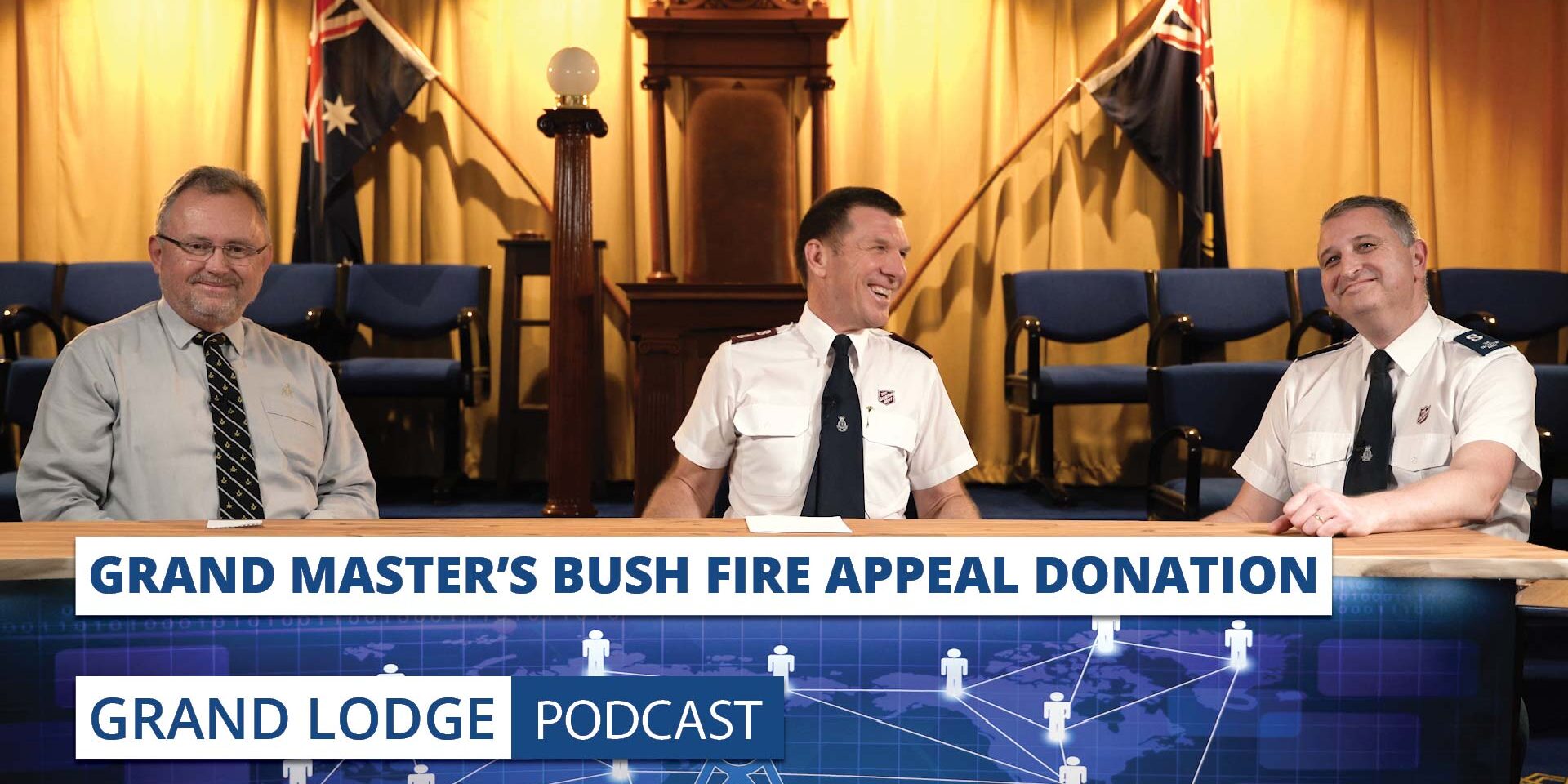 We’re back with another episode in The Grand Lodge Podcast; this time MW Bro Peter Kirwan hosts Major Brad Potter, WA Division Commander and Warren Palmer, WA Public Relations Secretary, both of The Salvation Army for a brief chat about the Salvo’s response to the bush fire crisis that devastated Australia in early 2020.

In addition, the Grand Master presented a $25,000 donation on behalf of Freemasons WA to The Salvation Army to assist in their recovery efforts for those directly impacted by this crisis.

Freemasons WA would like to acknowledge the various Masonic communities around the world who gave generously to The Grand Master’s Bush Fire Appeal which made this donation possible.

This podcast is produced by The Grand Lodge of Freemasons WA featuring interviews with WA Freemasons and other local experts. Do you have feedback or suggestions for future topics? Leave a comment here